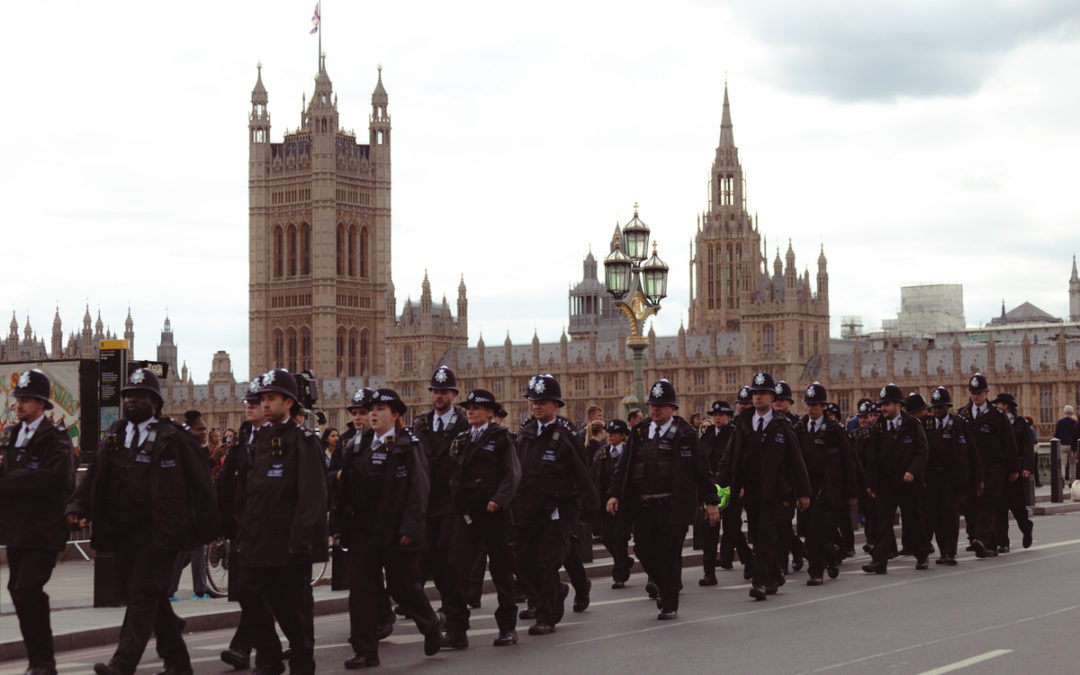 “10th September saw the live coverage of the State Funeral of Her Majesty Queen Elizabeth II at Westminster Abbey and the Committal Service at St George’s Chapel in Windsor.

In the morning His Majesty The King, together with other members of the royal family, heads of state and dignitaries from around the world will gather at Westminster Abbey for the State Funeral.

Following the service, one of the largest military processions ever assembled will accompany the cortege as it processes through central London, before the Queen’s final journey home to Windsor Castle.

Once in Windsor, HM the King and members of the royal family will join the congregation for the Committal Service at St George’s Chapel.” Source BBC.

I’ve been trying to cover the various events over the last 10 days. I’ve covered the King Charles and siblings vigil by the Queen’s coffin in Westminster Hall

A visit to Windsor Castle – The Queen’s final resting place and finally the Proclamation of the Accession of the King in Reading – Reading Minster.

Today is the final day of my coverage of the State Funeral Events and I’m quite honestly exhausted. Being at the heart of the events takes planning, preparation and of course patience – I stood at Westminster Hall for around 5 hours waiting for King Charles to appear, it also costs money there’s no guarantee of getting the shots.   However today was an experience for my family. Being at home watching the proceedings unfold on TV didn’t feel right, we had to be there and I’m forever grateful we did.

Trains to Paddington were cancelled, due to an overhead cable problem, so we were delayed arriving, we headed straight to Pall Mall, it was impossible to see anything but there were people everywhere just like us just trying to see something. People just trying to feel part of the day. We walked a total of 23k steps it turned out. Eventually making our way towards a loud BOOM we didn’t expect – the children jumped and were excited, it was the Royal Gun Salute – which mark special royal occasions. On these days salutes are fired from locations in London and other authorised stations in the United Kingdom and the Union flag is hoisted on government buildings.

The guns fired every minute and they were LOUD, by now we’d given in and decided to head to Hyde Park and watch the procession on the big screens with thousands of other people.

Periodically we heard Big Ben, the Gun Salute and the band play simultaneously and it was a experience I’ll never ever forget.

It was the most beautiful day, warm and calm. The police presence was felt by all, they were mainly in the cordoned off area around the Palace and procession route. Hyde Park wasn’t far some people could just see the procession from an elevated location. Once the procession was over, the security eased off and we walked to Parliament Square, Westminster Hall, Downing Street and Westminster Bridge. The mood was era, very quite and still. It reminded me of lockdown. The police started to depart from various locations as we made our way around and so my coverage of the day mainly focuses the police.

Please do let me know how you spent the day in the comments below. 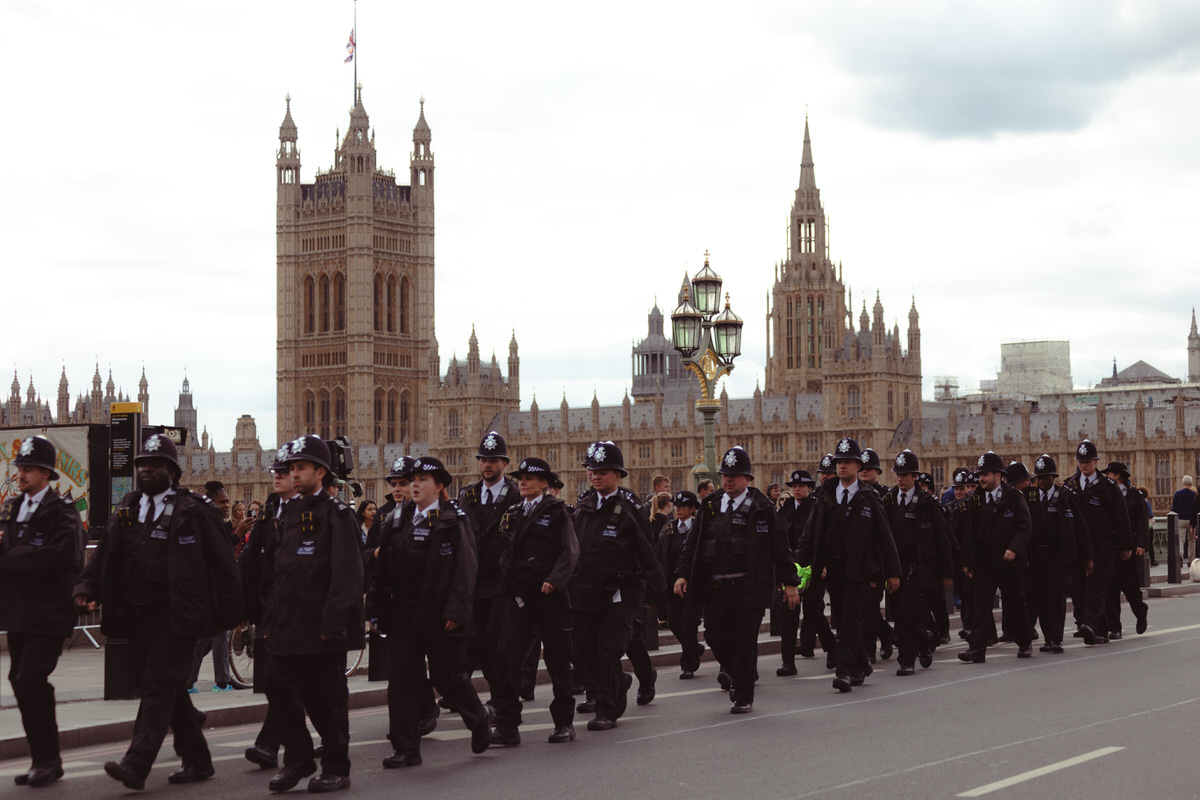 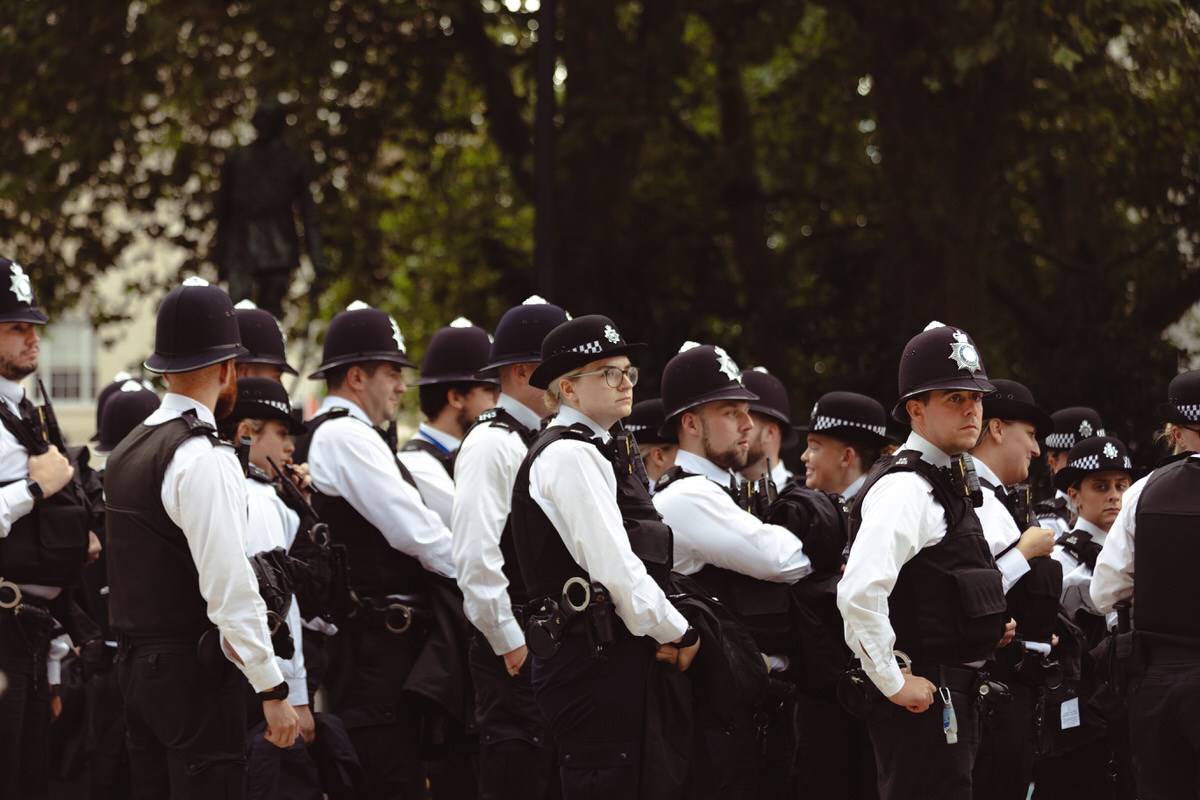 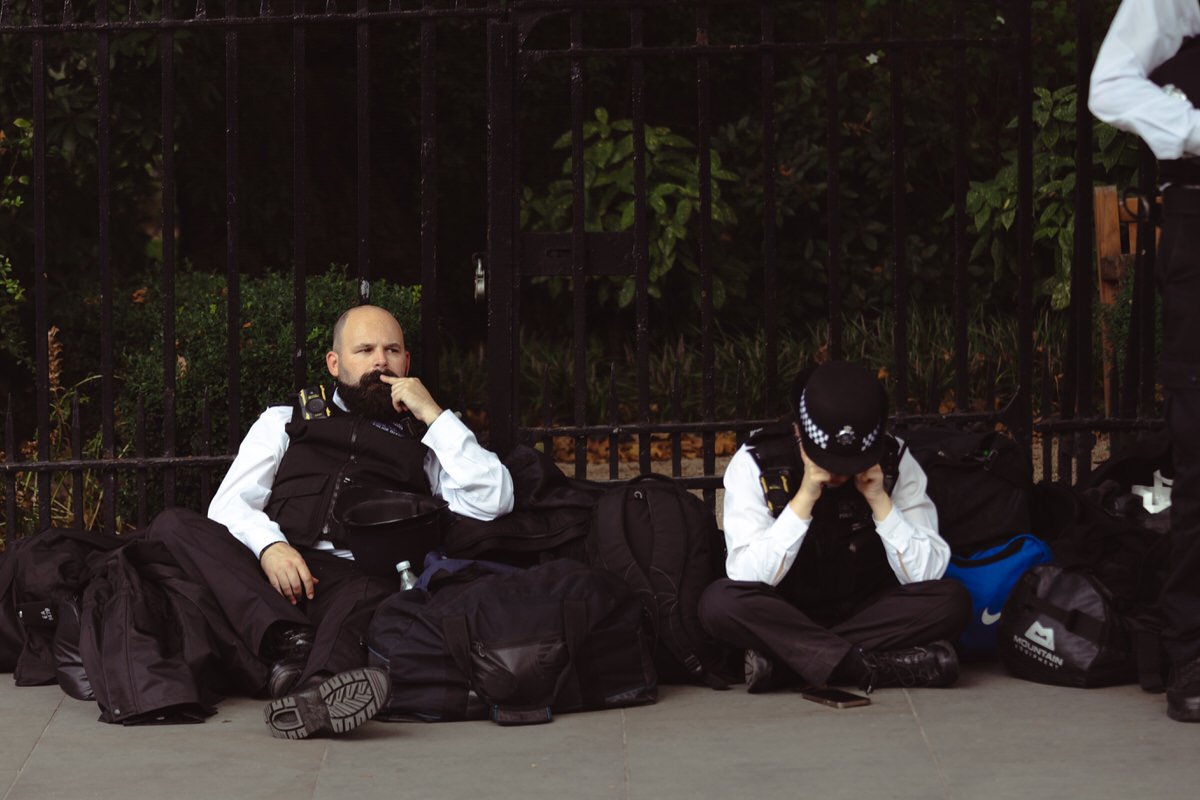 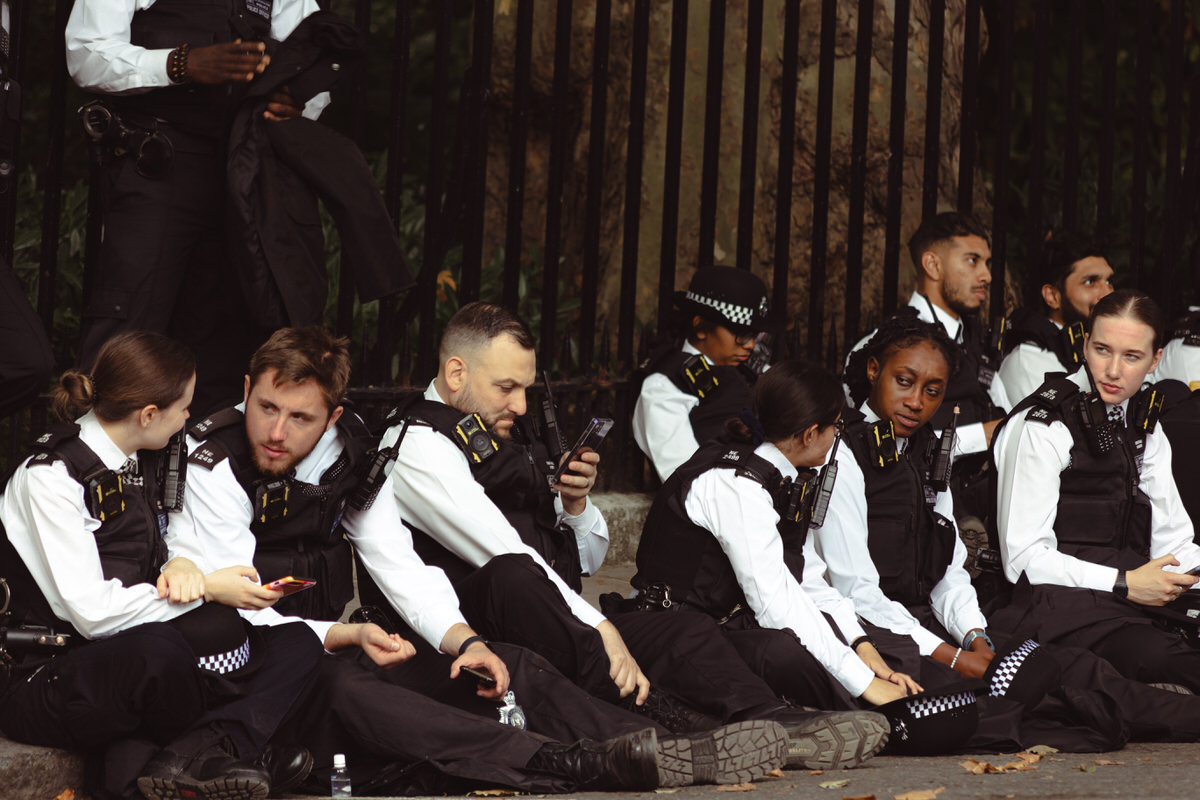 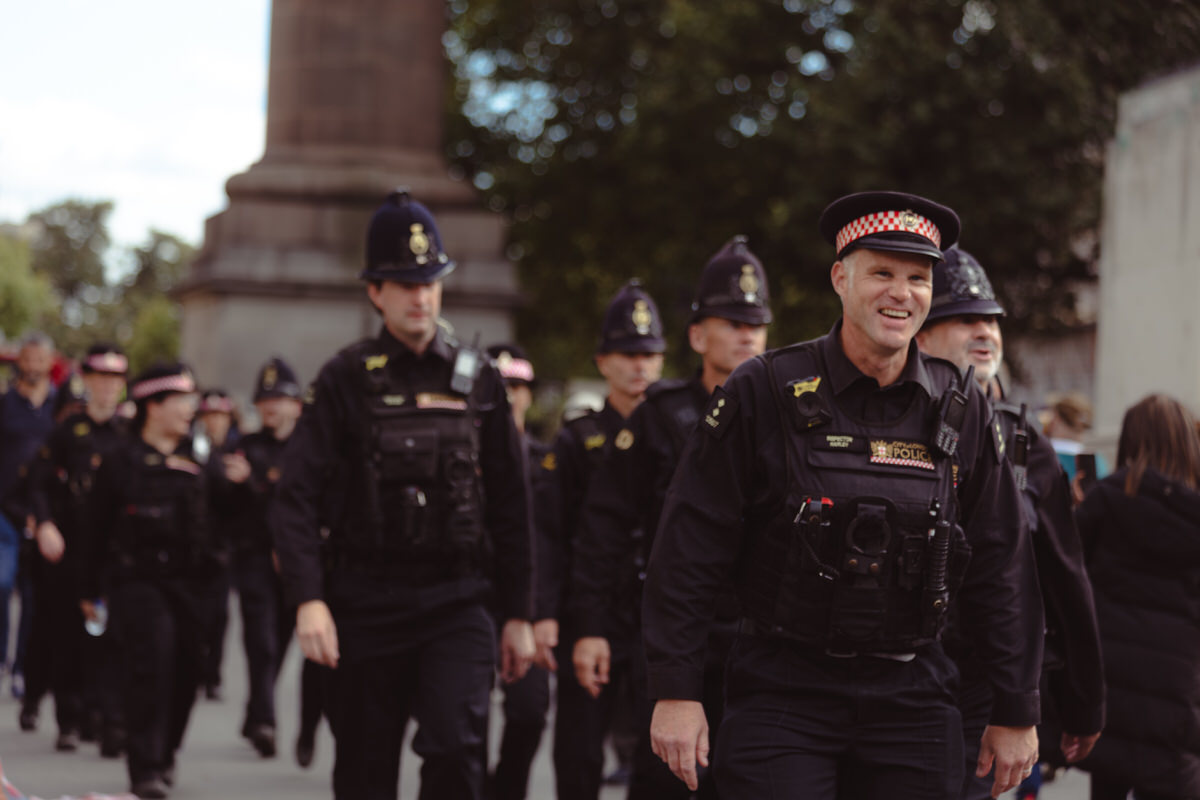 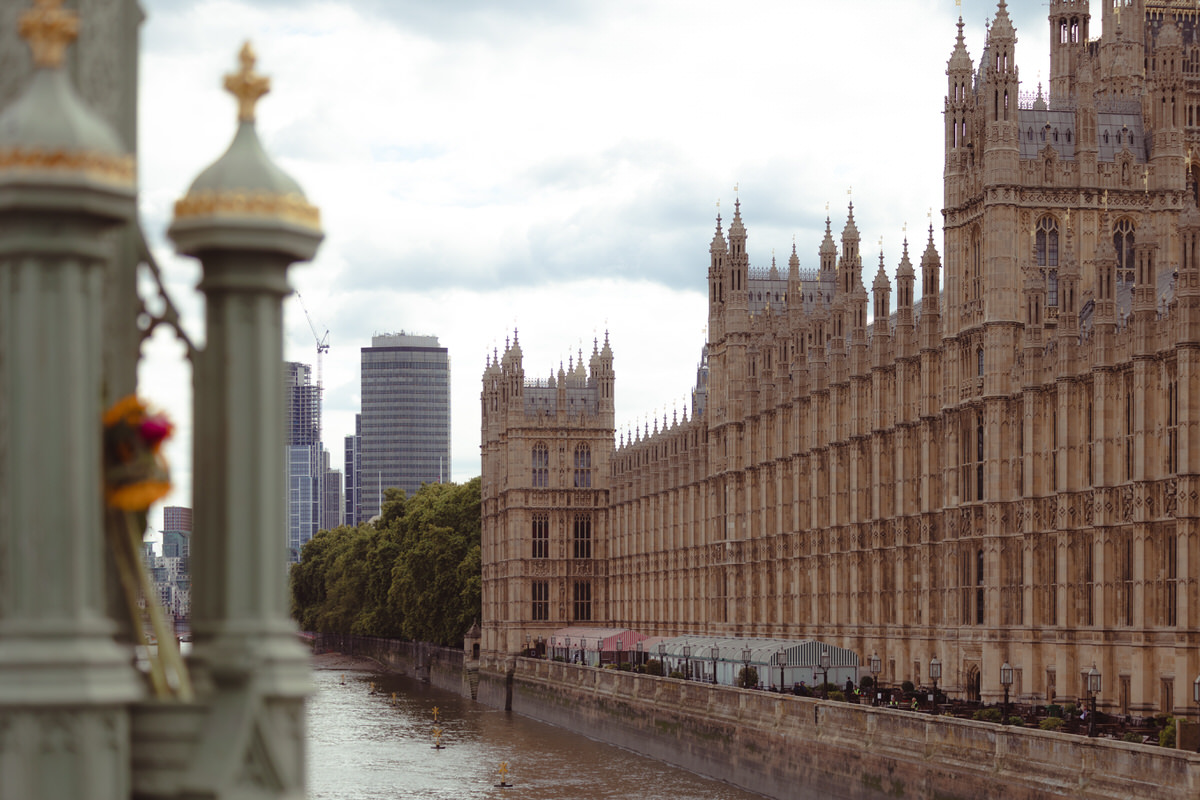 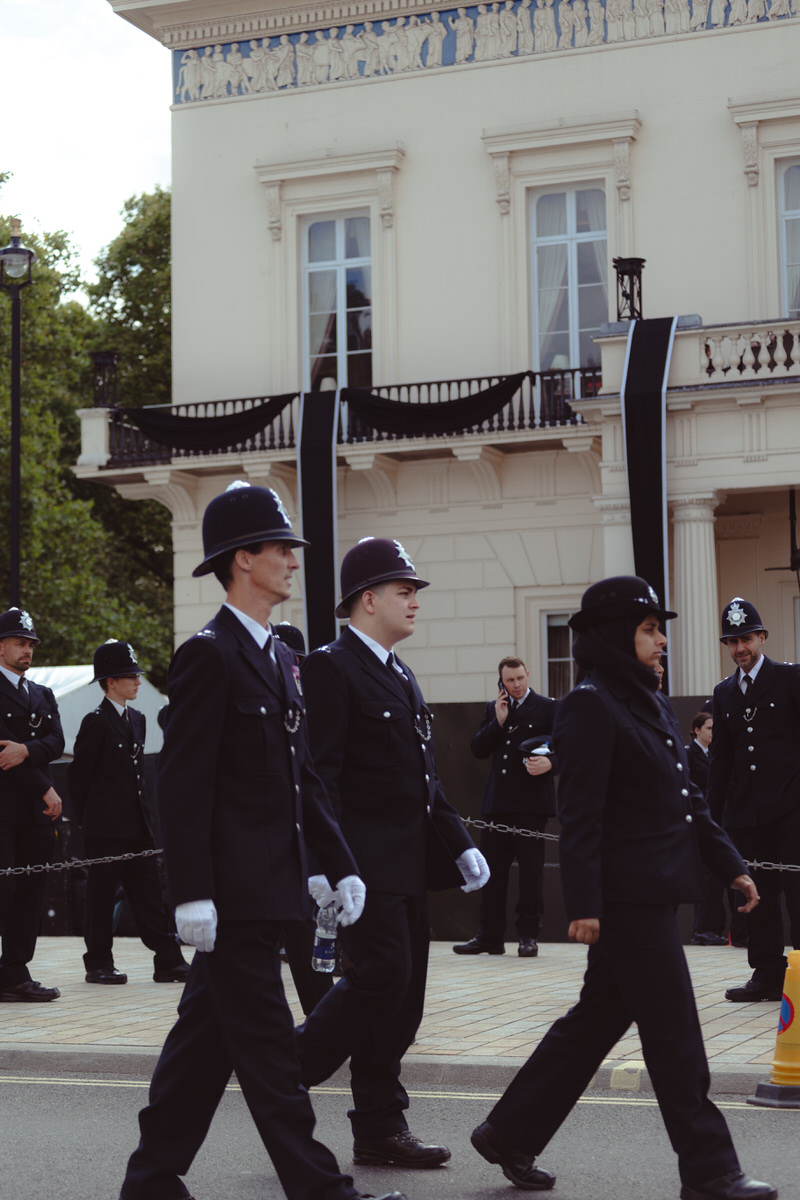 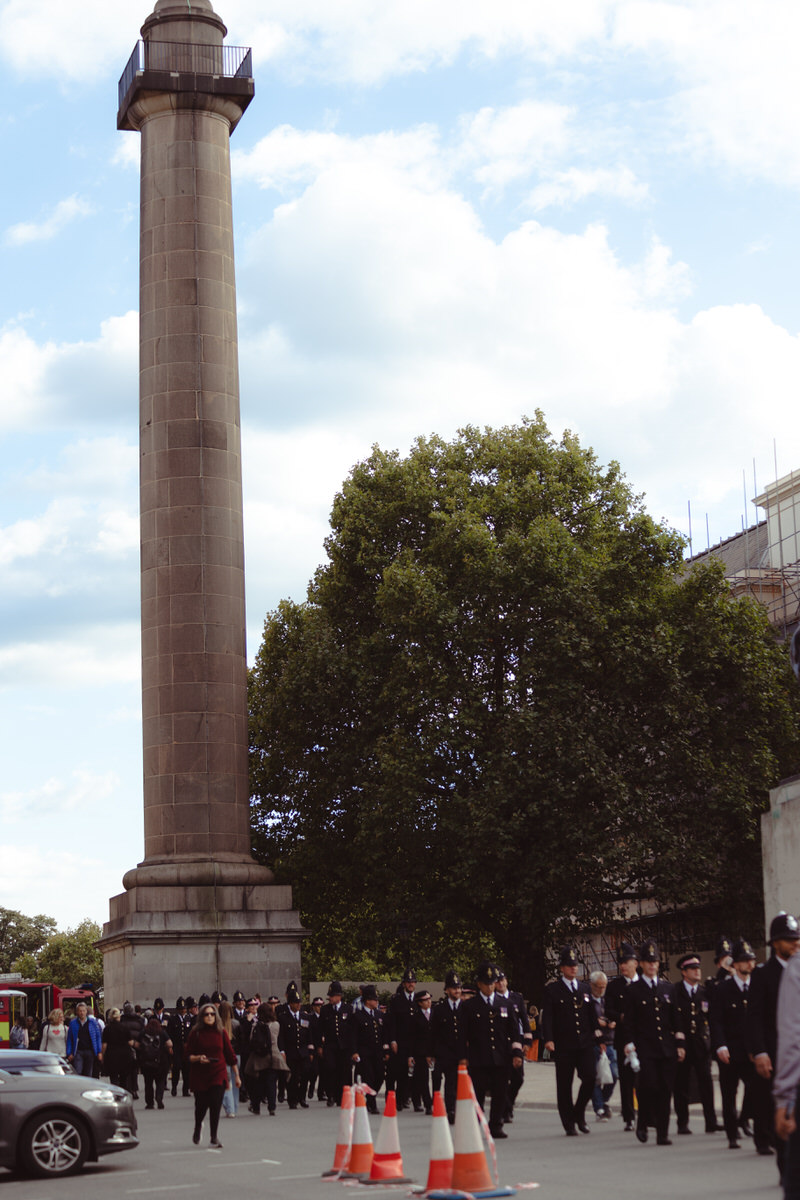 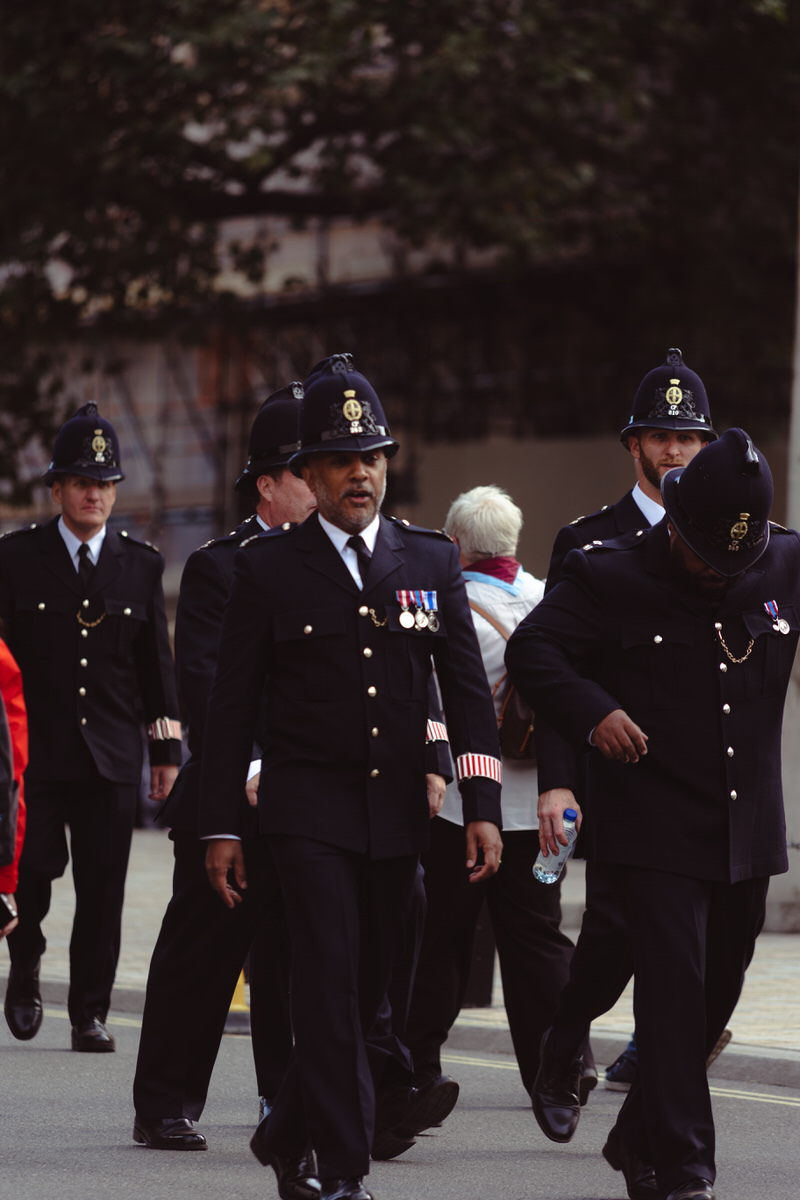 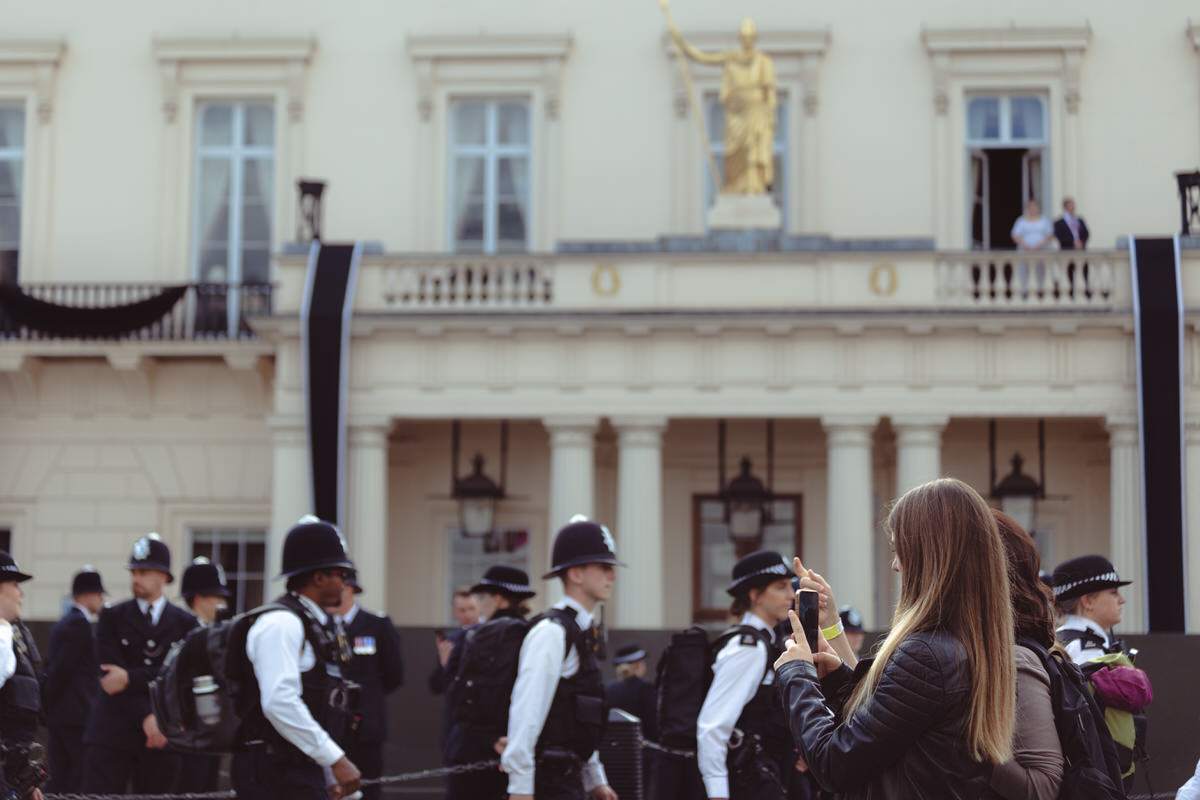 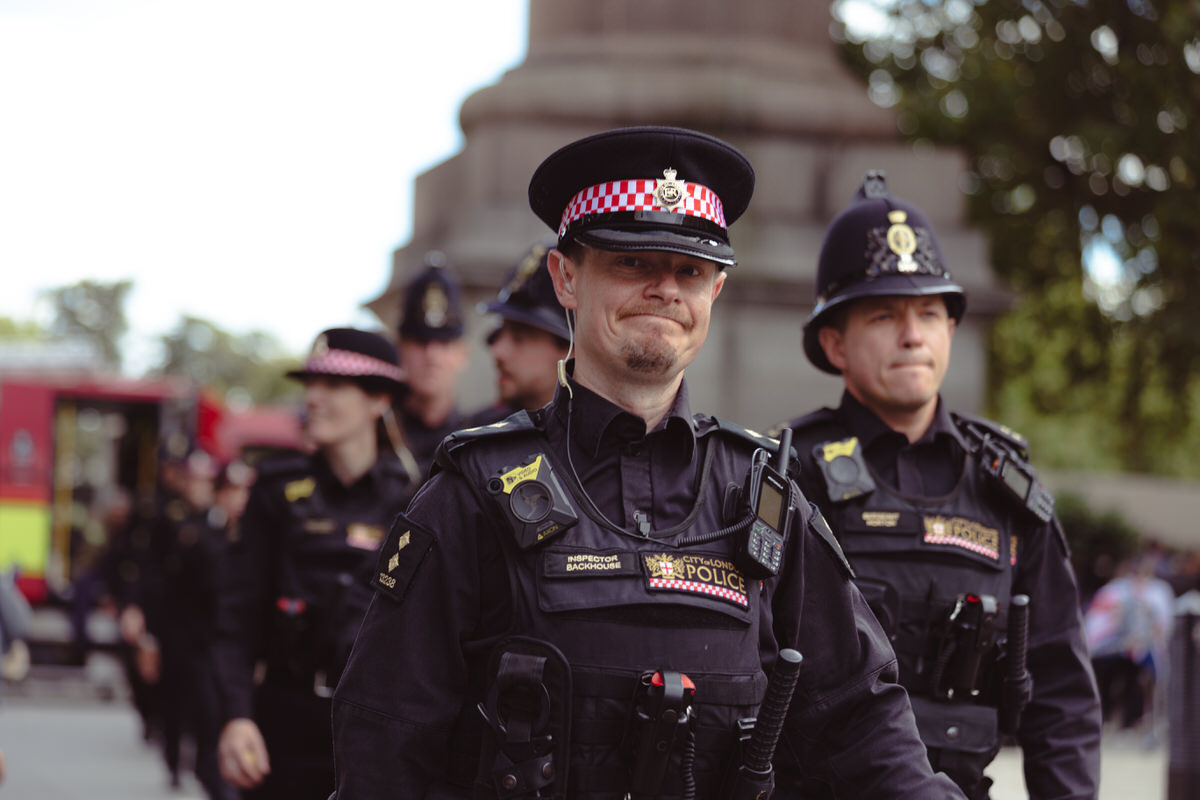 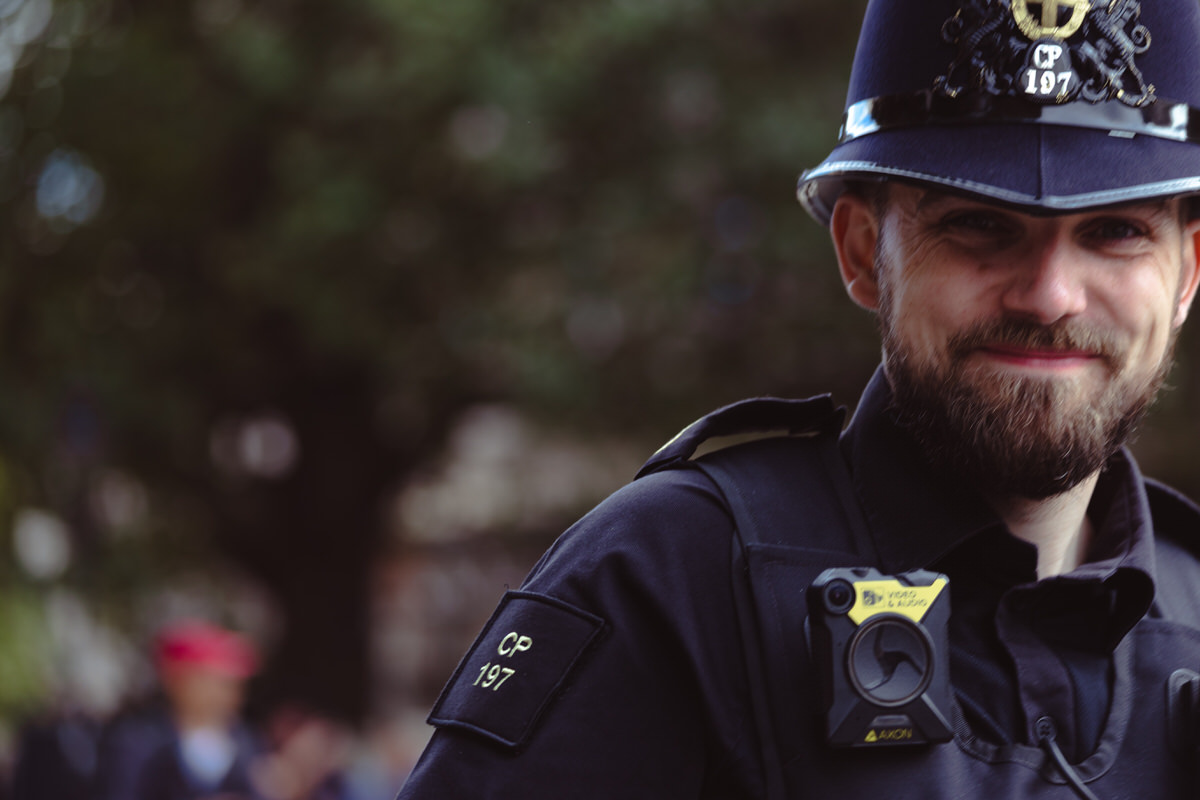 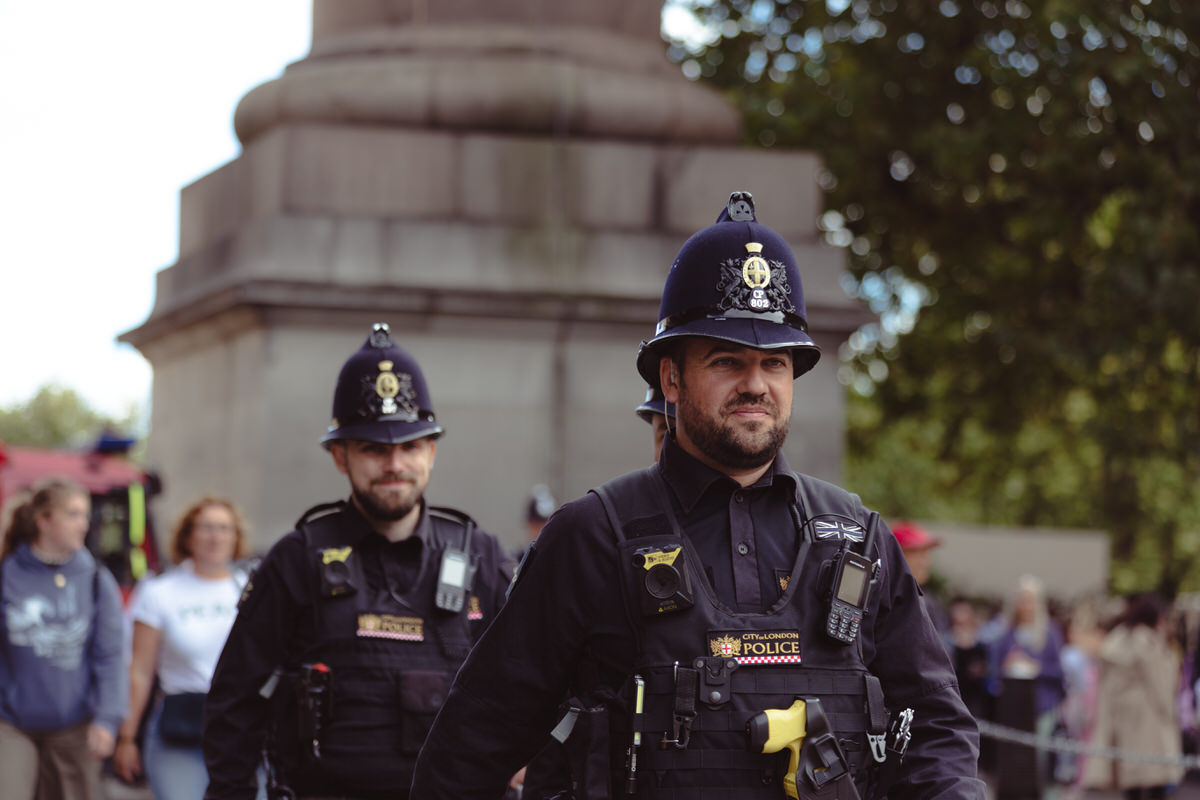 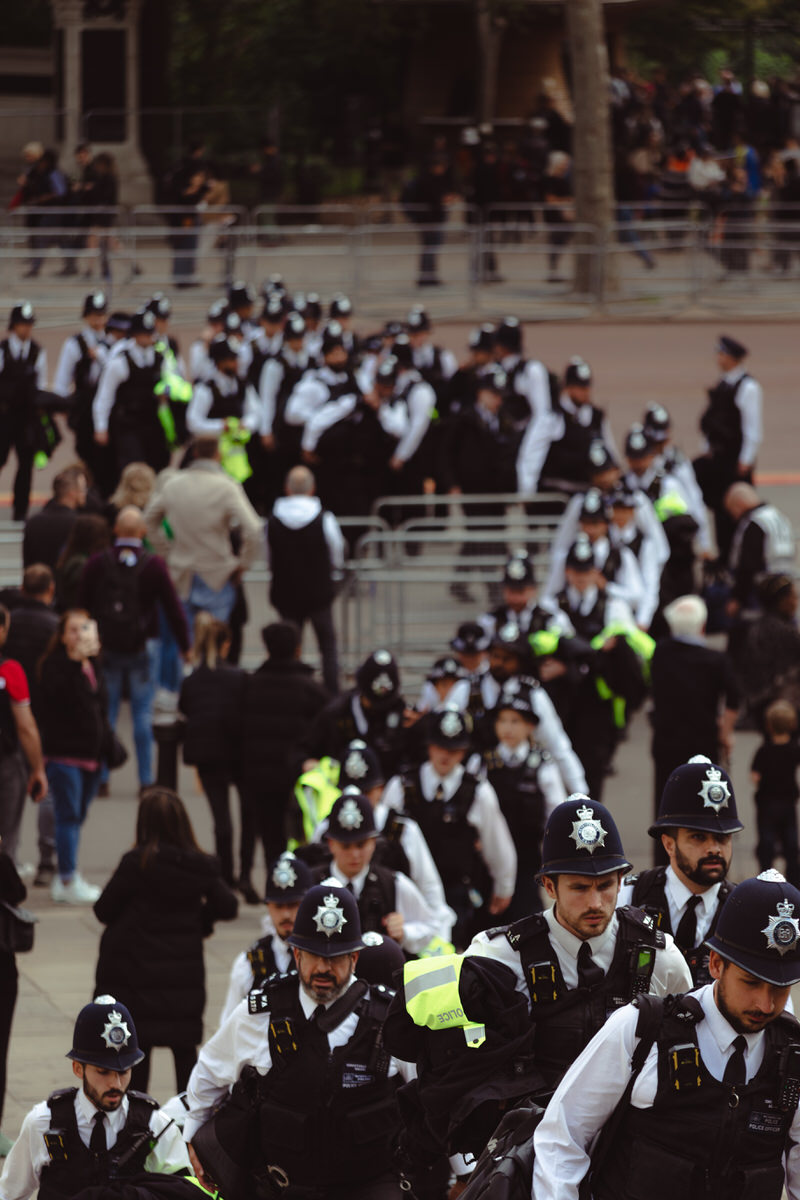 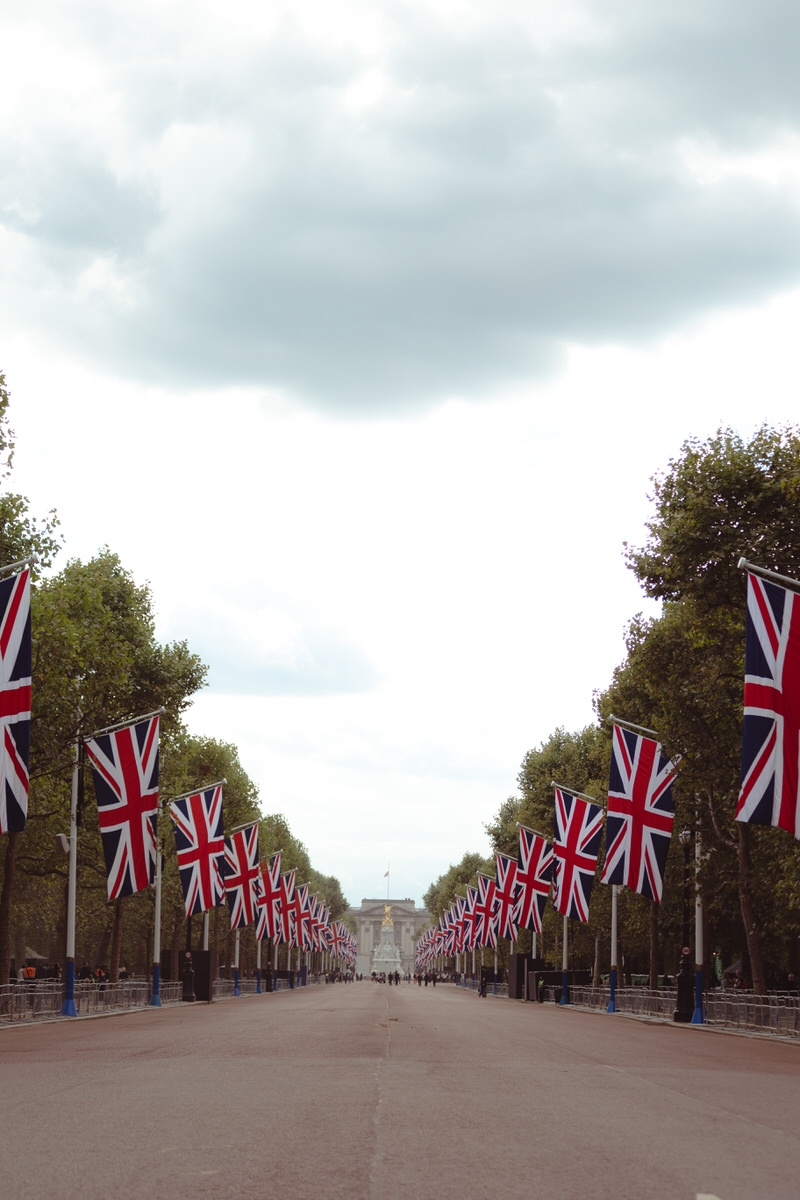 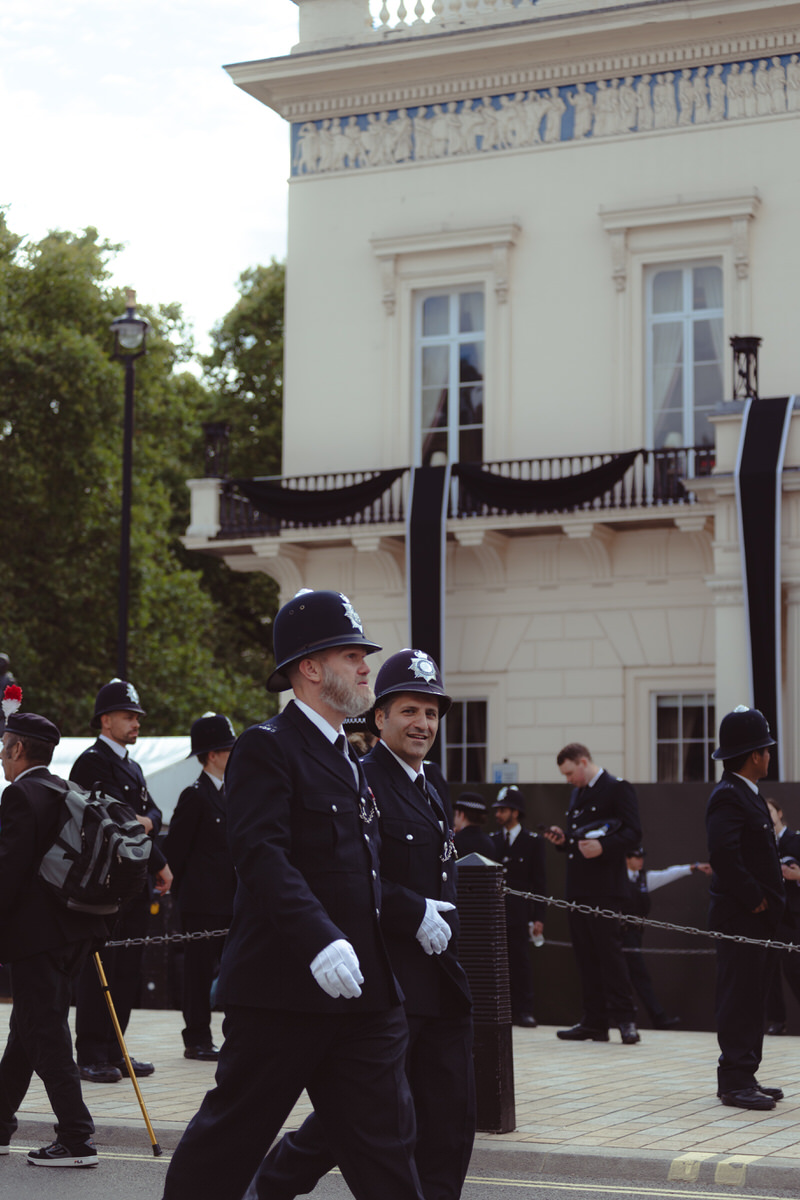 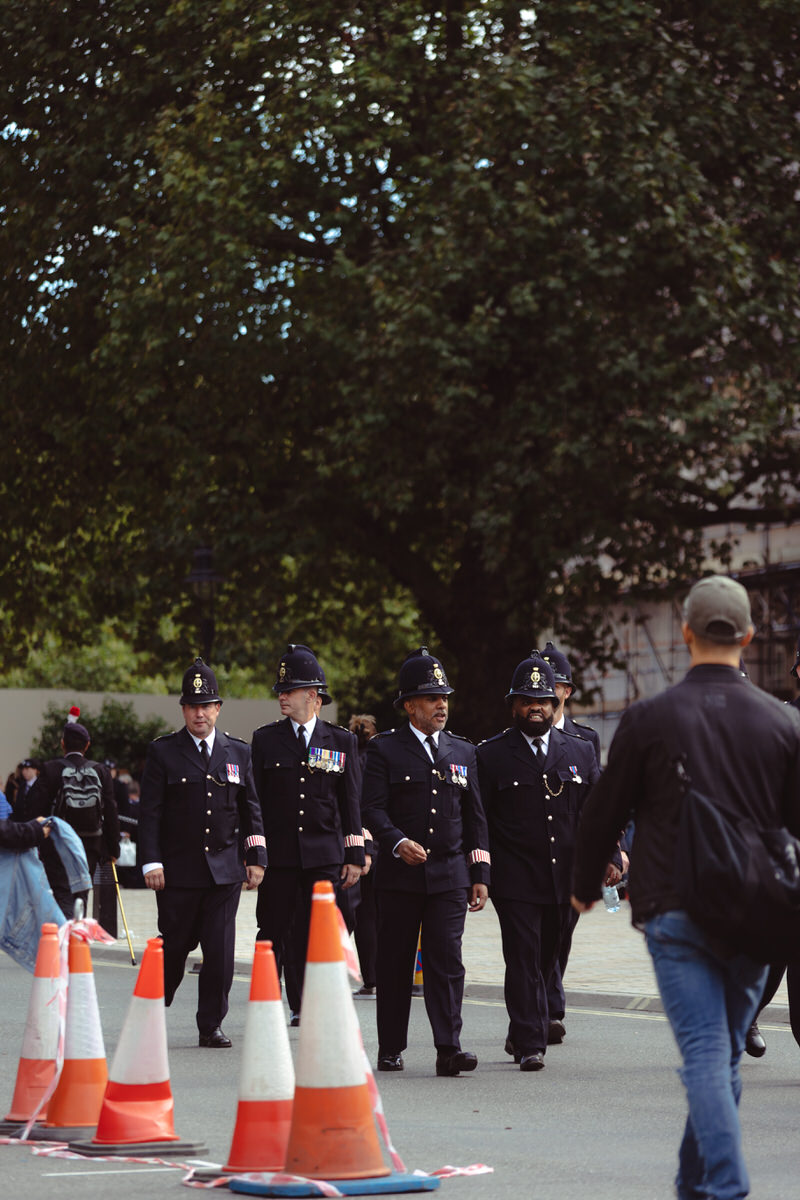 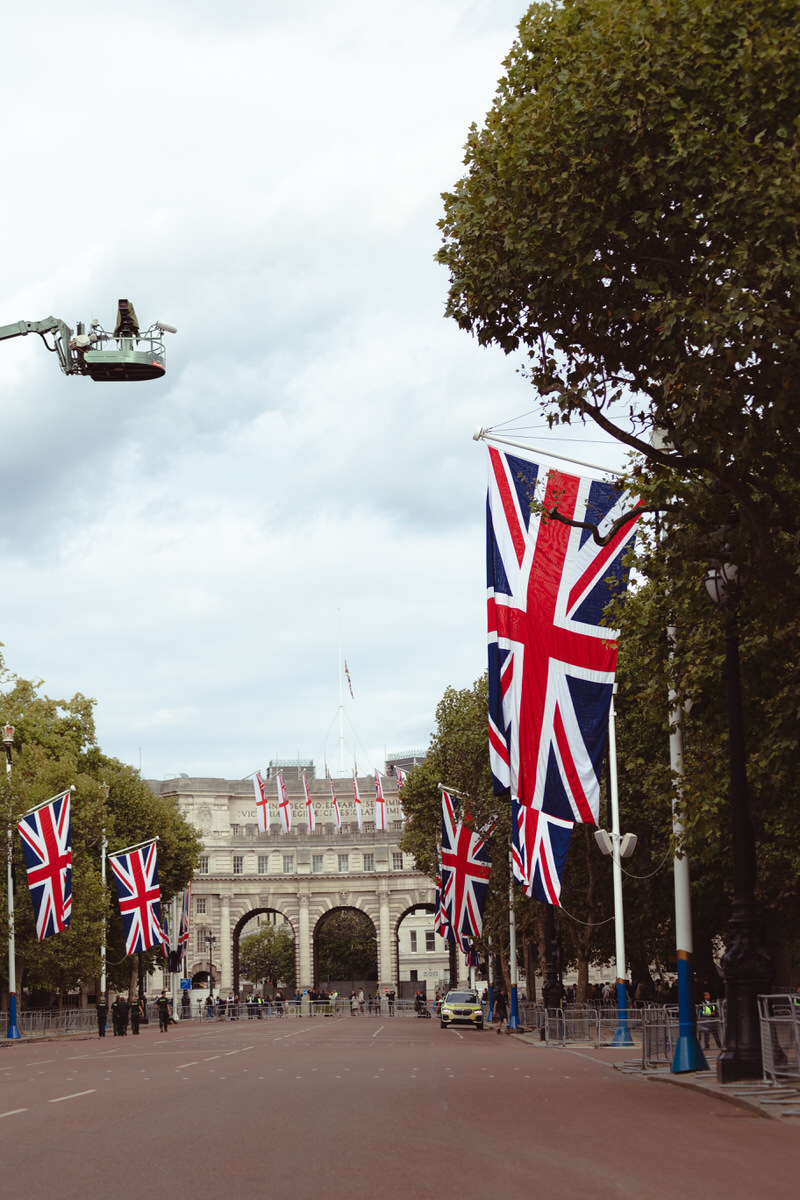 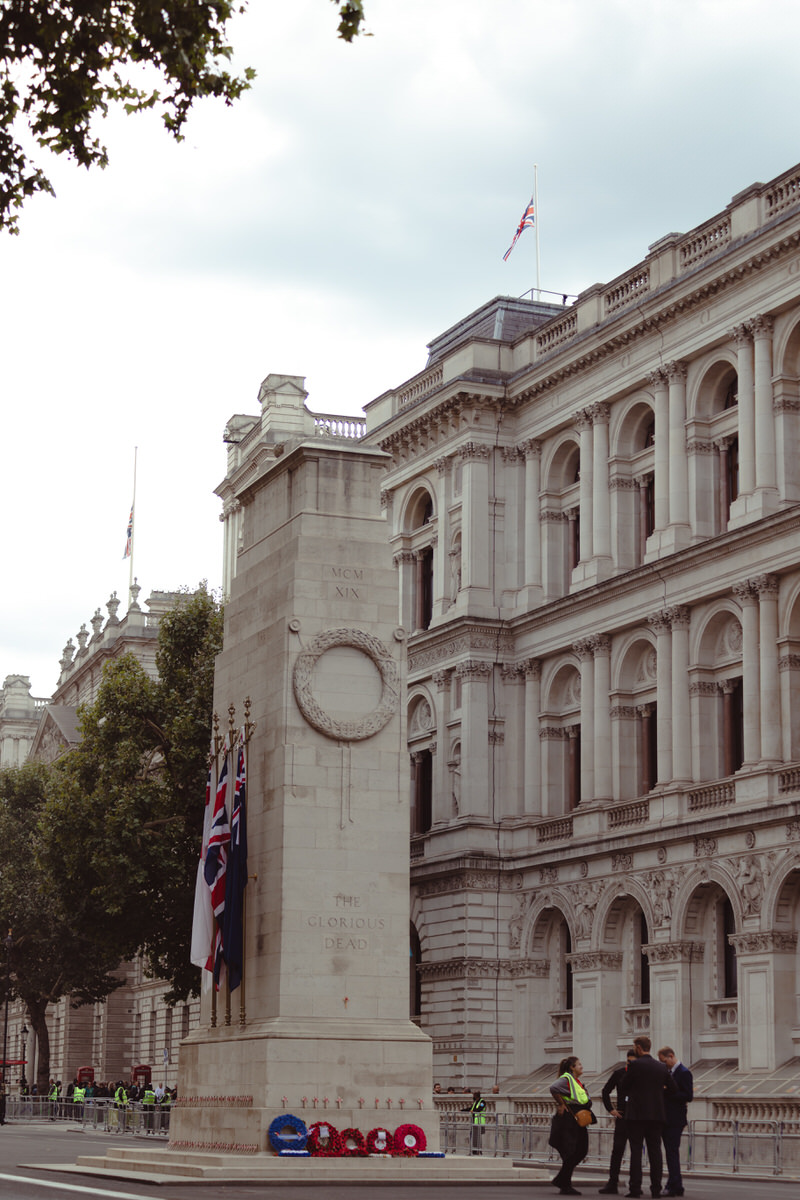 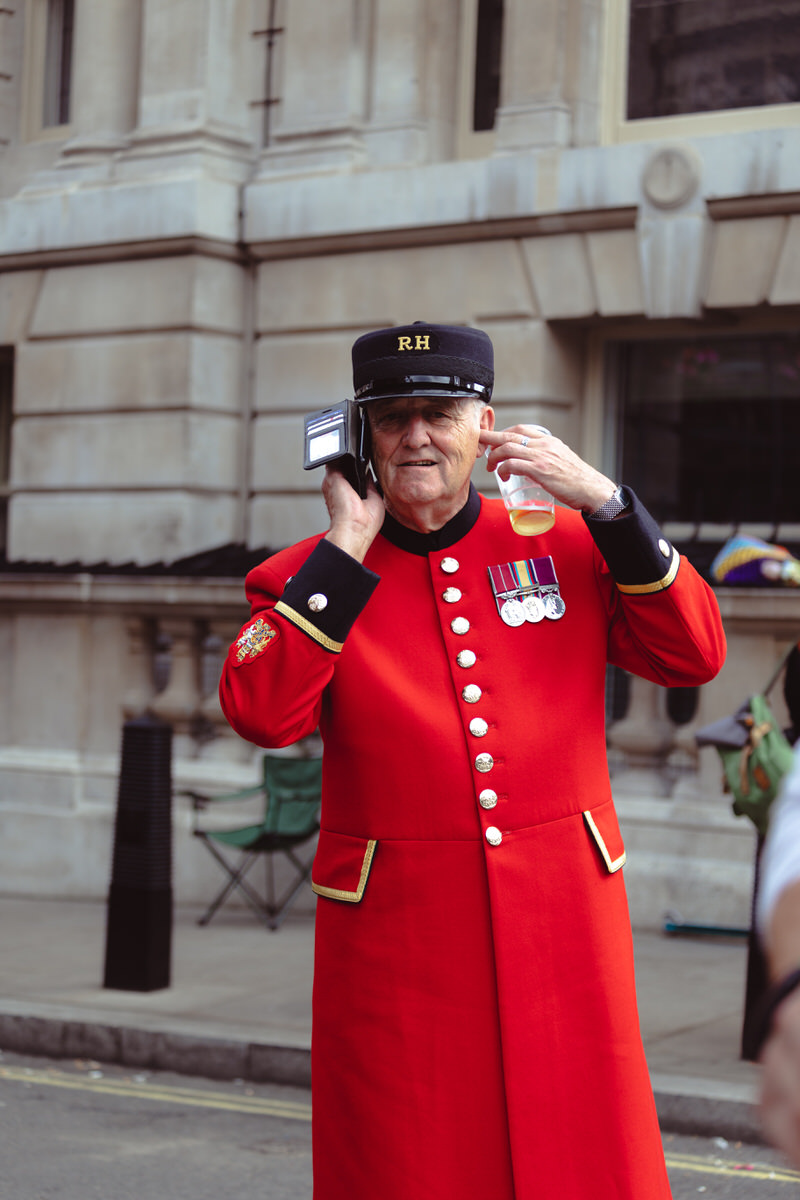 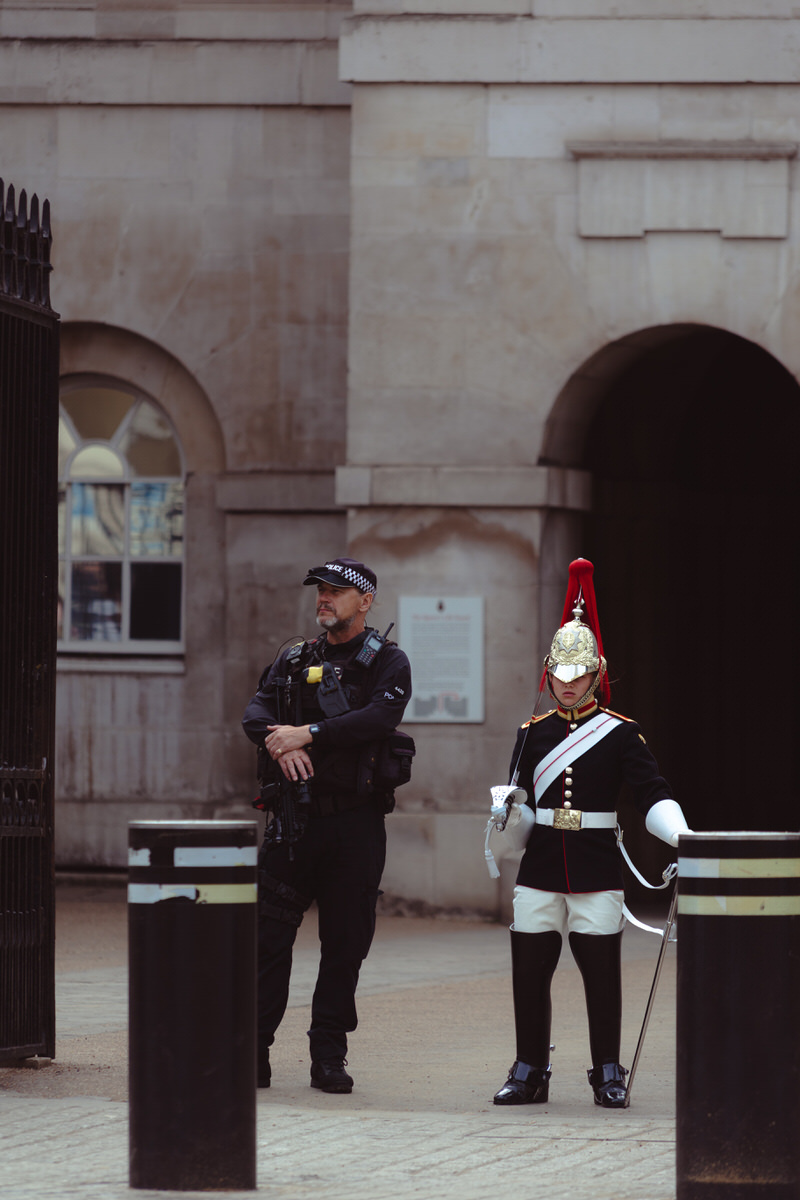 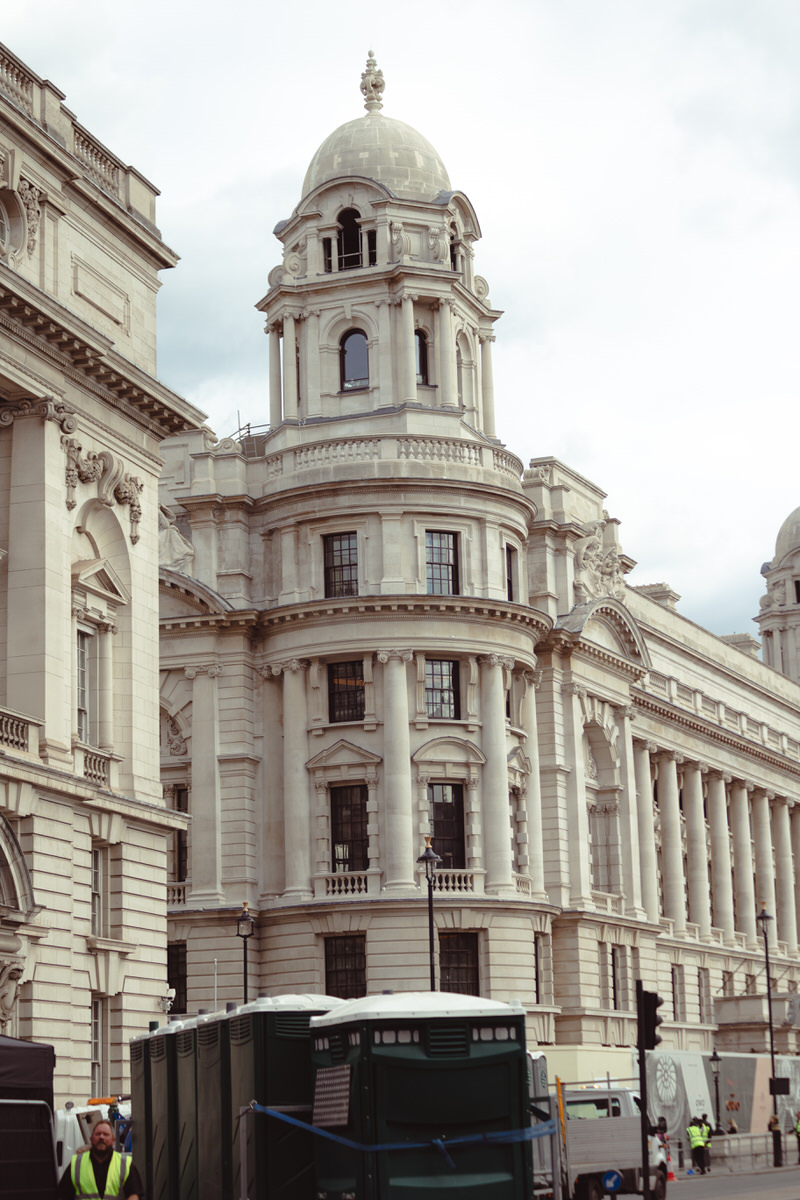 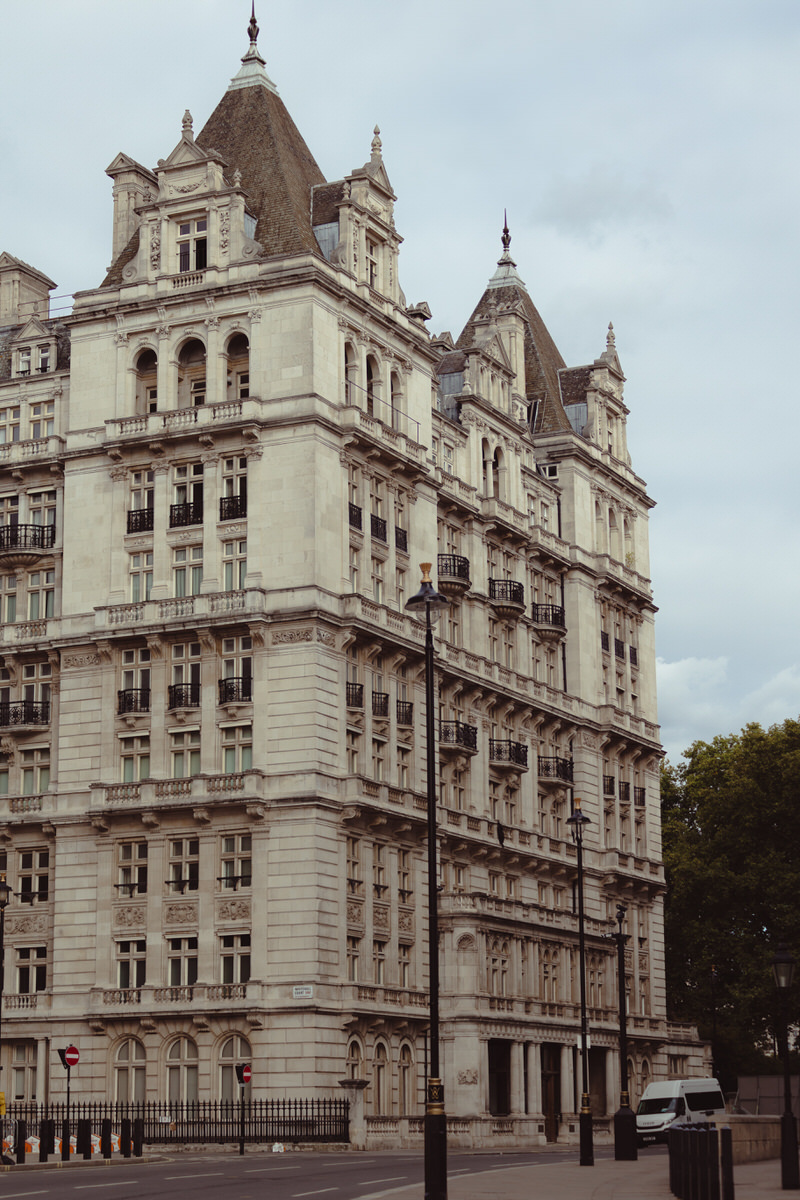 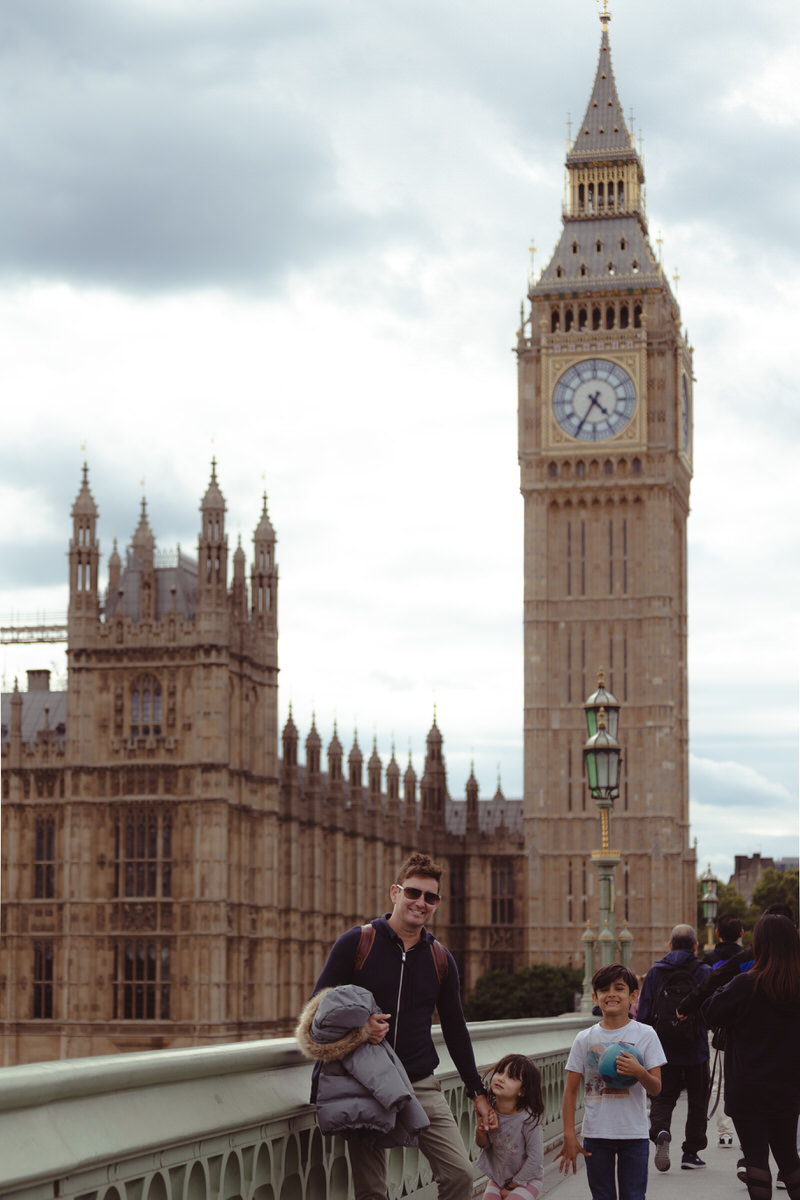 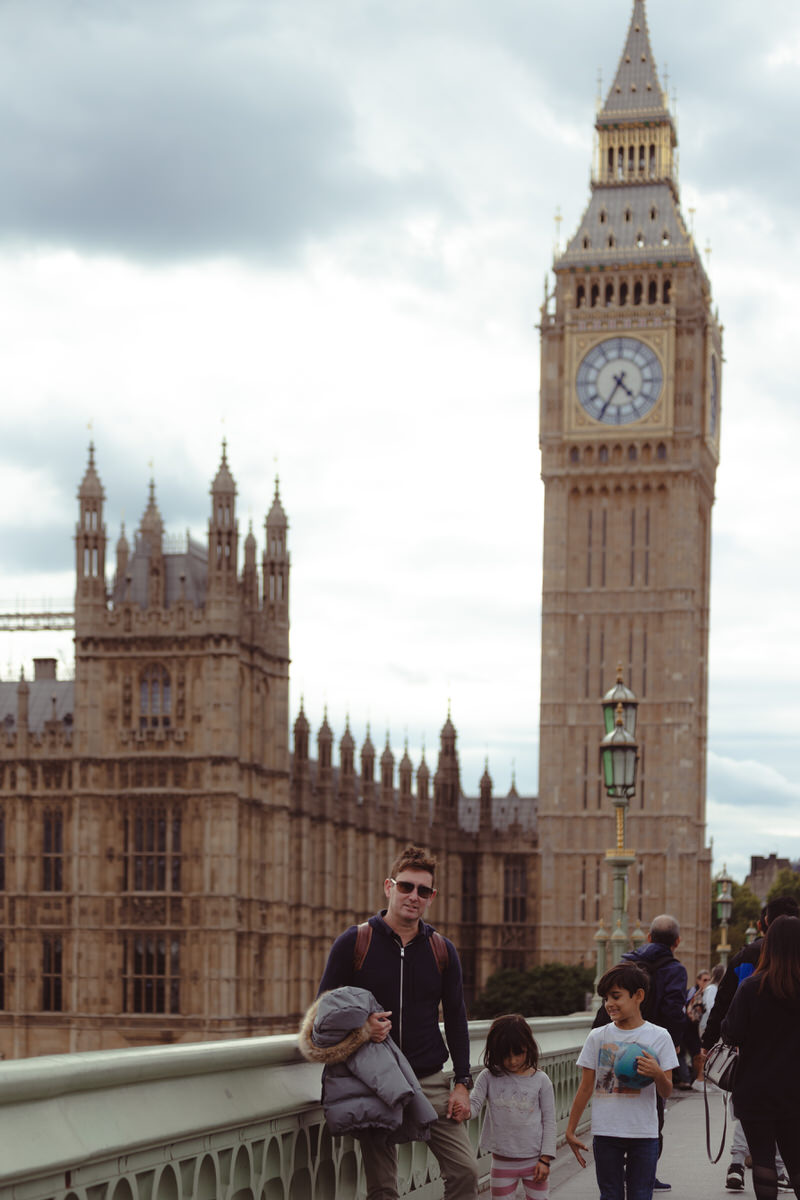 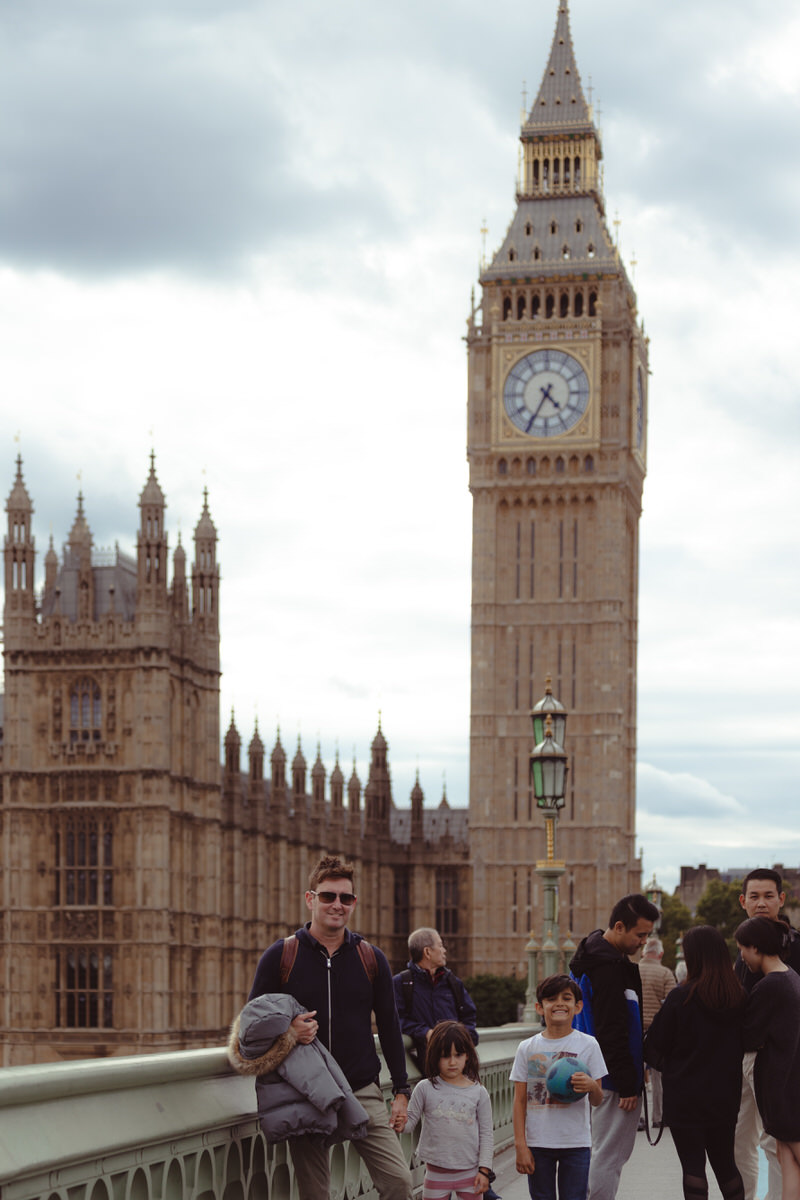